UN Conference on the World Financial and Economic Crisis in 2009

The 59-paragraph document sets forth a global consensus on the causes, impacts and responses to the current crisis; prioritizes the prompt, decisive and coordinated actions that are required; and defines a clear role for the United Nations.

The importance of the FfD follow-up process needs monitoring of civil society worldwide, including in the South,  to put pressure on governments to further implement the commitments made at the UN Conference on the World Financial and Economic Crisis in 2009 in New York.

Doha Conference on Financing for Development” 2008

Officials from more than 160 countries, including nearly 40 Heads of State or Government, attended the four day conference. The Doha Declaration reaffirmed  the Monterrey Consensus and called for a United Nations conference at the highest level on the world  financial and economic crisis and its impact on development.

International Conference in Monterrey in 2002 on Financing for Development

The Financing for Development/FfD process which lead to the International Conference in Monterrey/Mexico in March 2002, was initiated and driven by the developing countries of the G77. After the failure to put the issue of financing on the UN agenda 20 years ago, when the North were fully opposed, the G77 started discussions on this issue again in 1997. After the Asian financial crisis, time seemed favourable to get the agreement of the developed countries, including the US, to think about avoiding future global crisis and a more stable financial architecture. Another reason for a focussed discussion on financing was that developing countries were disappointed about the slow implementation of the UN Summits commitments of the 1990s. Especially the Rio, Copenhagen and Beijing Action Plans were not implemented seriously at national level. Great commitments had been made, including the Millennium Declaration in 2000, but no concrete ways had been proposed how to finance them.

There was HIPC II in 1999, a welcomed debt initiative, but it was still insufficient, and overall ODA was declining. By starting multilateral dialogues on financing development, the G77 had the following goals:

· Addressing imbalances and unfairness of the global structures and accelerating the process for change: questioning the role and legitimacy of ad hoc groups like the G8, broadening decision making for developing countries in the international financial institutions, claiming their accountability,  strengthening the UN as well as reforming its Economic and Social Council/ ECOSOC. 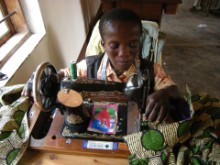 For the first time in history, heads of States and Governments gathered to recognize the significance of social development and human well-being for all and to give to these goals the highest priority both now and into the twenty-first century. They acknowledged that the people of the world have shown in different ways an urgent need to address profound social problems, especially poverty, unemployment and social exclusion, that affect every country. They agreed to the task to address both their underlying and structural causes and their distressing consequences in order to reduce uncertainty and insecurity in the life of people. They were convinced that democracy and transparent and accountable governance and administration in all sectors of society are indispensable foundations for the realization of social and people-centred sustainable development. They shared the conviction that social development and social justice are indispensable for the achievement and maintenance of peace and security within and among our nations.

read the UN Report, including Declaration and Action Plan >>>

The 2005 UN Summit on the Millennium Development Goals

In the 2005 UN Summit Outcome Document , the General Assembly decided in para 155 on the reform of the ECOSOC is promising and will hopefully soon be implemented. Here, the international community has decided that ECOSOC shall become the principle body for i.e. monitoring the implementation of the international development goals, including Financing for Development and the MDGs.

It is proposed that “to achieve these objectives, the UN should strengthen the outcome of biennial high-level Development Cooperation Forum, hold the regular substantive reviews at ministerial-level to assess progress on the follow-up of major UN conferences, including MDGs, and promote global dialogue and partnership on global policies and trends in the economic, socials, environmental and humanitarian fields and create an integrated multi-stakeholder Forum or Global Council.

Heads of State and Government, gathered at United Nations Headquarters in New York from 20 to 22 September 2010, welcomed the progress made since 2005, while expressing deep concern that it falls far short of what is needed. They reaffirmed their resolve to work together for the promotion of the economic and social advancement of all peoples. They committed to achieve the Millennium Development Goals i.e . by:

"Increasing efforts at all levels to mitigate the social and economic impacts, particularly on poverty and hunger, of the multiple crises through global responses that are comprehensive, effective, inclusive and sustainable, taking into account the needs of developing countries" (paragraph 70 c);

"Pursuing job-intensive, sustained, inclusive and equitable economic growth and sustainable development to promote full and productive employment and decent work for all, including for women, indigenous people, young people, people with disabilities and rural populations, and promoting small- and mediumsized enterprises through initiatives such as skills enhancement and technical training programmes, vocational training and entrepreneurial skills development. Employers and workers’ representatives should be closely associated with these initiatives" (70d);

"Promoting comprehensive systems of social protection that provide universal access to essential social services, consistent with national priorities and circumstances, by establishing a minimum level of social security and health care for all (70 g);

"Exploring new innovative finance mechanisms and strengthening and scaling up existing ones, where appropriate, given their potential to contribute to the achievement of the Millennium Development Goals. Such voluntary mechanisms should be effective and should aim to mobilize resources that are stable and predictable, they should supplement and not be a substitute for traditional sources of finance and should be disbursed in accordance with the priorities of developing countries and not unduly burden them. We note the ongoing work in this regard, including by the Leading Group on Innovative Financing for Development as well as by the Task Force on International Financial Transactions for Development and the Task Force on Innovative Financing for Education" (78 h);

"Enhancing and strengthening domestic resource mobilization and fiscal space, including, where appropriate, through modernized tax systems, more efficient tax collection, broadening the tax base and effectively combating tax evasion and capital flight. While each country is responsible for its tax system, it is important to support national efforts in these areas by strengthening technical assistance and enhancing international cooperation and participation in addressing international tax matters. We look forward to the upcoming report by the Secretary-General examining the strengthening of institutional arrangements to promote international cooperation in tax matters (78 i);

"Implementing measures to curtail illicit financial flows at all levels, enhancing disclosure practices and promoting transparency in financial information. In this regard, strengthening national and multinational efforts to address this issue is crucial, including support to developing countries and technical assistance to enhance their capacities. Additional measures should be implemented to prevent the transfer abroad of stolen assets and to assist in the recovery and return of such assets, in particular to their countries of origin, consistent with the United Nations Convention against Corruption" (78 j);

"Considering enhanced approaches to sovereign debt restructuring mechanisms based on existing frameworks and principles, the broad participation of creditors and debtors, the comparable treatment of all creditors and an important role for the Bretton Woods institutions, and in this regard welcoming and calling upon all countries to contribute to the ongoing discussion in the International Monetary Fund and the World Bank and other forums on the need for, and feasibility of, a more structured framework for international cooperation in this area "(78 r);